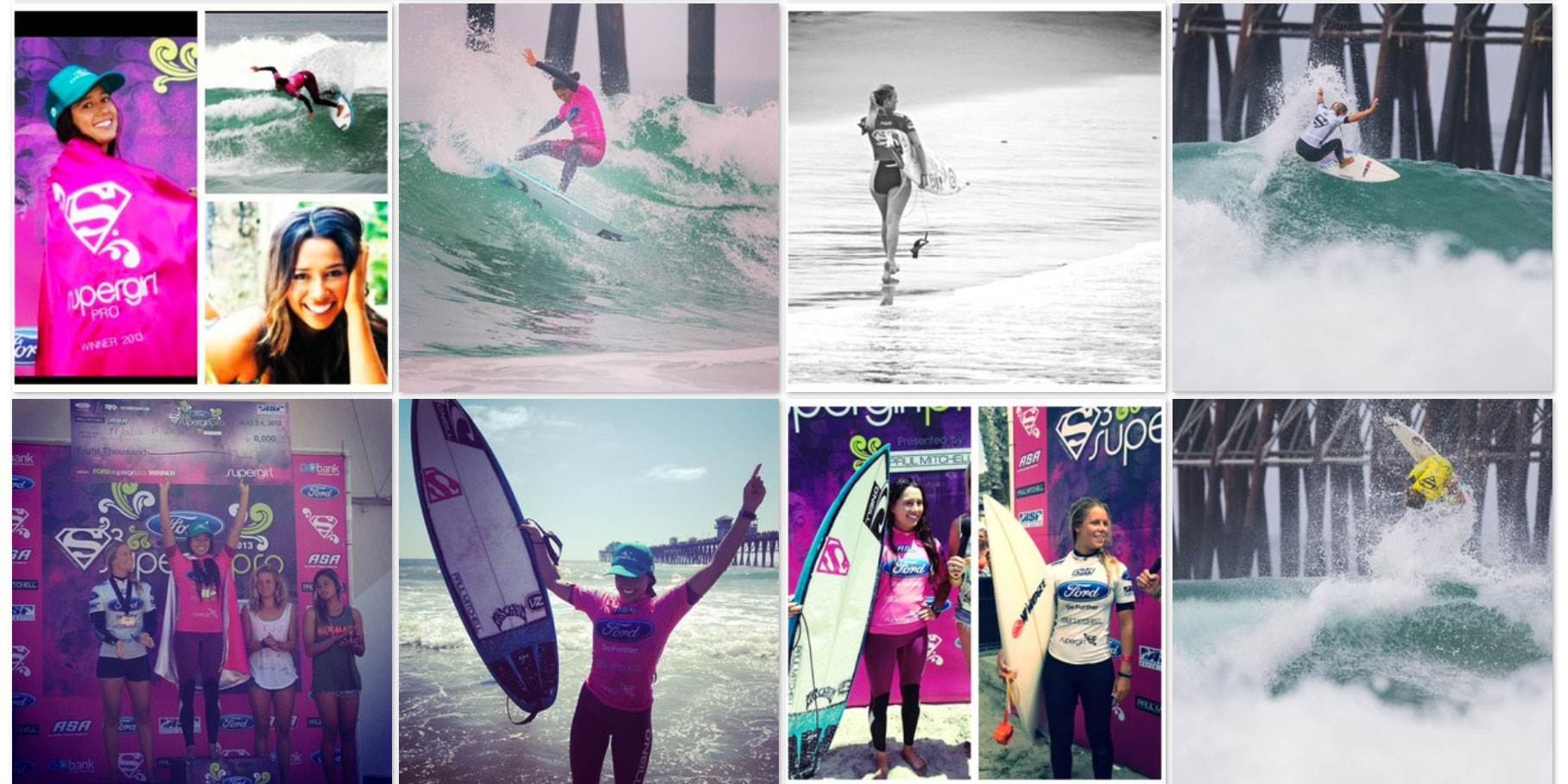 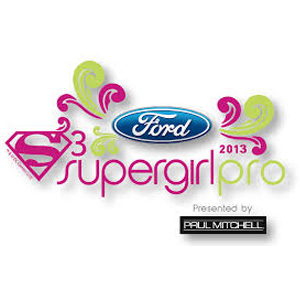 A Runner-Up Three Times in the Supergirl Series, Manuel Edges out New Zealand’s Paige Hareb with Incredible 17.24 Score in Finals to Earn Long Awaited Win Alessa Quizon and Pauline Ado Take Third, With Quizon Earning the GoBank “New Kid on the Wave” Award Oceanside, Calif. (August 4, 2013) — Thousands of fans converged at the iconic Oceanside Pier this weekend for the Ford Supergirl Pro— the largest all-women’s surf contest in the world. The three-day contest, the only ASP 6-Star competition in North America, came to a thrilling close on Sunday with Hawaii’s Malia Manuel taking the Supergirl cape and the title. Spectators packed the beach for the finals as 12 of the world’s best female surfers took to the waves to battle for a piece of the $40,000 purse. Three-time runner-up, Manuel, eventually bested last year’s runner-up, Paige Hareb (New Plymouth, NZ), in the head-to-head finals round to claim the $8,000 top prize.After three days of competition, the field of 96 competitors was ultimately narrowed to two head-to-head semifinal rounds between Paige Hareb and Alessa Quizon and between Malia Manuel and Pauline Ado; sending Hareb and Manuel to battle for the title.Manuel led the Ford Supergirl Pro throughout the event’s entirety, owning the top scores of each round while progressing to the final. The Hawaiian’s dominance would continue while securing the major victory, belting a 9.57 and 7.67 with powerful combinations on both her forehand and backhand to earn her first victory of the 2013 season. Paige Hareb, who finished runner-up at last year’s Ford Supergirl Pro, matched her efforts in Oceanside again this year. The talented Kiwi put in a polished performance throughout the entirety of the event, but was unable to find the scores needed to surpass Manuel in the final. “Coming off a tough result in the U.S. Open last weekend, I was definitely motivated to do well here,” said Manuel. “The Supergirl contest is the most prestigious 6-Star event in the world and California is like a second home to me, so it was important for me to be confident and do well. Luckily my boards were working well, and I had great support. It feels great to finally win! The crowd was bigger and better this year. It was an incredible event. I’m looking forward to coming back again next year.”

FORD SUPERGIRL PRO ROUND OF 12 RESULTS: Heat 1: Malia Manuel (HAW) 15.03, Pauline Ado (FRA) 13.43, Rebecca Woods (AUS) 5.33 Heat 2: Justine Dupont (FRA) 11.26, Silvana Lima (BRA) 8.47, Anali Gomez (PER) 7.70 Heat 3: Alessa Quizon (HAW) 14.50, Paige Hareb (NZL) 13.57, Bethany Hamilton (HAW) 9.00 Heat 4: Nikki Van Dijk (AUS) 12.60, Coco Ho (HAW) 10.33, Phillipa Anderson (AUS) 8.50“This has been an amazing contest and we’re thrilled to have Ford on board as our title sponsor,” said Rick Bratman, CEO of ASA Entertainment, the event’s management company and one of the leading producers of action sports event and television programming in the U.S. “The level of talent this year was incredible. We congratulate Malia on her win – she’s been so close to winning for three years, so she definitely earned the Supergirl title today.” The Ford Supergirl Pro presented by Paul Mitchell is the only ASP 6-Star female event in North America. It’s the second event of the 2013 Supergirl Jam Series, the action sports industry’s largest all-female competition and lifestyle series, featuring more than 150 female pros in surfing, skateboarding and snowboarding. The event will be broadcast on Fox Sports Net (FSN) Friday, Nov. 1 at 5 p.m. and 11 p.m.
For more detailed information on the Ford Supergirl Pro, please visit www.SupergirlJam.com or www.asaentertainment.com.

“Once again, the world’s best female surfers showed what being Supergirl is all about,” said Barry Ziehl, Senior Vice President of Worldwide Marketing and Public Relations for Warner Bros. Consumer Products. “Malia Manuel showed us the power of persistence—having come in second place three times in this event in past years, but never giving up to finally take home the coveted Supergirl cape.”